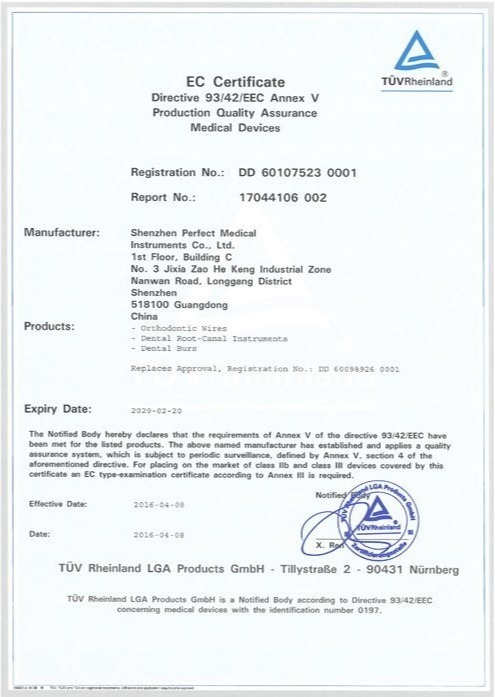 Hand files can provide tactile sensation when cleaning or shaping root canals. This allows the dentist to feel changes in resistance or angulation, which can help to decide curvature, calcification and/or changes in anatomy, in which two dimensional radiographs may not always identify. This information can help determine strategies or avoid complications before moving on to rotary instruments. hereafter, we would like to introduce

The cutting edge of K type files is made up of twisted squares of stainless steel alloy. The K-flex file differs for the fact it has a rhomboid shaped cross-section and has an increased flexibility compared to common K-files.

C-files are stiffer than K-files, and are recommended for calcified canals and ones that are curved and narrow.

Many Nickel-titanium files are available. The files can be used within rotary systems or manually for a higher level of control.

The use of the file in a forwards and backwards motion, as if watch winding, with slight apical pressure. This allows the file to effectively debride the canal dentine by moving slowly down the canal.

For K-type files, once the file has reached the desired working length a push and pulling action is used around the circumference of the canal, while only maintaining contact with the canal wall on the outstroke to minimise a debris blockage apically.

Endodontic hand files used for this technique need to be non-cutting edge and flexible. the file is rotated 60 degrees clockwise in the canal when a slight resistance is felt. the file is then rotated 360 degrees anticlockwise to pick up the dentine in the flutes that was made during the first rotation. this should be done no more than three times before the file is removed and cleaned and the canal system irrigated before reinsertion.

The cross-section of a Hedstrom file is made up of a continuous sequence of cones. They are very sharp with a cutting tip. Their use in a push-pull fashion results in a high level of debridement on removal from the root canal. They should not be rotated more than 30 degrees as they are narrow and vulnerable to fracture. They are also used for removal of root canal filling materials e.g. gutta percha during secondary root canal treatment.

This file is used to remove pulp tissue (extirpation) during root canal treatment. There are sharp barbs on the file to engage the pulp tissue and remove this efficiently. These files are not used to shape the RCS.

Fill out more information, We will get back to you within 24 hours.